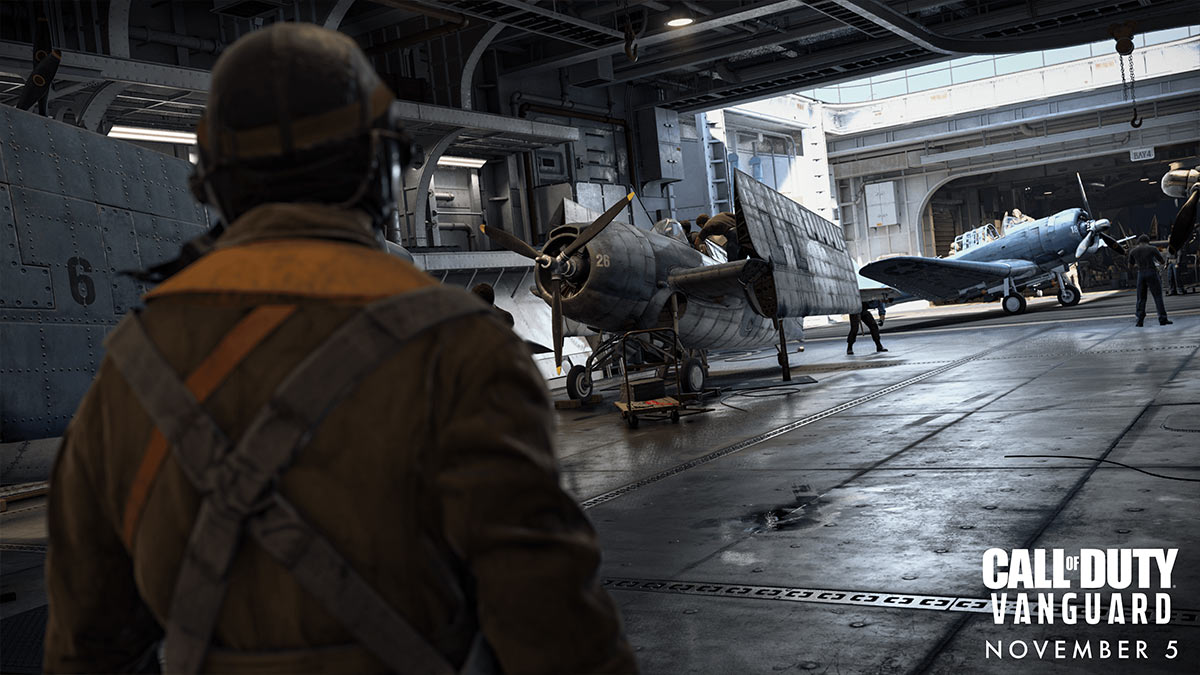 Call of Duty: Vanguard released this past Friday on PC, PlayStation 4, PlayStation 5, Xbox One, and Xbox Series X/S with crossplay enabled for multiplayer modes. The PC version of Call of Duty: Vanguard is exclusively available on Battle.net. Unlike last year’s Call of Duty: Black Ops Cold War, Vanguard does not eat up a big chunk of your storage space. Cold War needed around 82GB of your HDD or SSD space for all game modes. Vanguard gives you an option for only installing multiplayer and zombies mode. These files are around 36GB at launch. The campaign adds 14GB of assets which brings the file total to a 50GB download on PC.

Call of Duty: Vanguard to Forza Horizon 5, Games to Play in November

The minimum specs needed to play Call of Duty: Vanguard are —

These are the recommended specifications to run Vanguard at 60FPS in most situations with all options set to high.

These are the competitive specifications to run the new Call of Duty game at a high FPS for use with a high-refresh-rate monitor.

Call of Duty: Vanguard provides you with a bunch of options that you can tweak around with to check which graphic settings best suit your rig. If you own a high-refresh-rate monitor, the game allows you to choose the refresh rate in the display settings. Besides that, it also offers a frame-rate limiter that you can set manually depending on your system. It also allows you to fiddle around with the aspect ratio be it 16:10, 16:9, 21:9 or 32:9. It also gives you a handle to change the field-of-view (FOV) setting which essentially increases the height and width of the frame. The default value is set at 80 and can be increased to 120. It’s worth keeping in mind that increasing the FOV may affect the frame rate and also can cause motion sickness in some people.

Vanguard provides five different quality presets for graphics starting with Low and moving up the ladder with Lowest, Medium, High, and finally, Ultra. It also provides an option to tweak the render resolution. It basically represents the level of definition of the 3D scene rendering around the map and other elements. Reducing the value can increase performance and increasing the value parameter can improve the image quality. The lowest value it can go to is 66 while the highest is 200. This has a massive effect on VRAM so, choose accordingly.

It provides a myriad of options in terms of details and textures with graphic options such as Texture Resolution, Texture Filter Anisotropic, Particle Quality Level, Particle Resolution, Bullet Impacts and Sprays, Shader Quality, Tessellation and many other such options. As for lightning, you get to tweak the Screen Space Shadows which basically increases or decreases the detail level of shadows. It also allows you to change the Shadow Map Resolution which allows you to set the detail level in shadows. The game also gives you a short explainer of all the settings so that these jargons can be easily dissected by everyone.

Call of Duty: Vanguard also supports FidelityFX Super Resolution 1.0 which is AMD’s spatial upscaling technology that offers to increase frame rate with a marginal impact on image quality. It offers four different presets ranging from Performance, Balanced, Quality and Ultra Quality. This also has a huge impact on VRAM. Along with FidelityFX, it also provides an option of FidelityFX CAS which enhances the sharpness of the scene. For this to work properly, Vanguard insists on turning off any sharpening methods that are already enabled in your graphics card settings.

Besides this, Vanguard also has support for Nvidia Reflex Low Latency. You can either switch it off completely or enable it. You also get a third option which is On + Boost. Turning on Low Latency mode optimises the system latency, while the On + Boost option increases the GPU clock frequencies in CPU bound cases. It also increases the amount of power drawn from the GPU.

Vanguard also supports a resolution multiplier so that you can enjoy the game in 4K even if you do not own a 4K monitor. This basically renders the game at 3840×2160 resolution and then scales it down to 1920×1080. This can also have a massive impact on your VRAM and the game suggests that you keep the native resolution of your display.

For this game, our test rig consisted of a 3.6GHz AMD Ryzen 5 3600 CPU, Nvidia GeForce GTX 1660 Super GPU with 6GB VRAM, a full-HD 1080p monitor with 144Hz refresh rate, 16GB RAM, and 512GB NVMe SSD on Windows 10 (21H1). We used all the latest drivers for the Nvidia card and for Windows. The game was tested with FidelityFX Super Resolution 1.0 and FidelityFX CAS turned off.

As mentioned before, the game allows you to try five different graphics presets. With the graphics options set to “Lowest”, we managed to see an average of 115 fps with the maximum frame rates hitting the 190 fps mark. We did see some dips in the framerates in moments when there were huge explosions but it did not shimmer down below 135 fps. Not quite surprising, since our test rig exceeds all the bare minimum requirements posted by Activision.

Arthur Kingsley and Polina Petrova in the midst of chaos
Photo Credit: Activision

Moving up, we tried the “Low” graphics preset which managed to shell out an average of 96 fps with maximum frame rates hitting the 118 fps mark. We also noticed some casual dips to 79 fps while near explosions and also when a lot of bullets were shot at you in tandem. It managed to stay between the 95-110 fps mark for most of the time. Next up, we tried the “Medium” preset. This template managed an average of 60 fps with the maximum frame rate hitting the 108 fps mark. The lowest frame rate measured in this preset was around 58 fps.

The next graphics settings, “High”, properly tested our rig. It averaged 54 fps with the maximum frame rates reaching around 86 fps, while the lowest mark reached was 43 fps during close combat and gunfights. Last but not least, the “Ultra” graphics preset managed an average of around 50 fps with constant drops to the 41-43 fps mark during combat. The maximum frame rate achieved on this preset was 68 fps.

With Call of Duty: Vanguard you also get to experience two additional modes. We played both the Multiplayer and Zombies Mode on “High” settings at 1080p. We managed an average of around 64 fps in Zombies Mode, with the maximum framerate hitting the 88 fps mark, while the lowest reaching around 53 fps when a horde of zombies comes running at you.

Call of Duty Vanguard Multiplayer Beta Hands-On: A Step Back in Time

As for Multiplayer mode, it was a pleasant experience. The average frame rate our test rig achieved with the “High” preset was around 71, with the maximum number reaching 80 fps and the lowest hitting 57 fps during close combat and grenade explosions.

Should you buy Call of Duty: Vanguard on PC?

The Ultimate Edition offers you a Task Force One Pack (3 Operator Skins and 3 Weapon Blueprints with Tracer Rounds), Battle Pass Bundle (1 Season Battle Pass + 20 Tier Skips), 5 hours of 2XP. The asking price is a lot, especially the Ultimate Edition, but the campaign and multiplayer modes are fun to play, while the graphics are really good if you have a PC that can run the game at Medium to High settings.

Unlike some other Call of Duty titles, namely Warzone and Black Ops Cold War, Vanguard does not ask for a lot in terms of storage space — around 50 GB including the campaign mode, as I said before. And, if you are a fan of multiplayer, you will not be disappointed since it also supports crossplay. If you have friends on Xbox or PlayStation consoles, you can drop into the lobby and be one of the “Vanguard”. Our review of Call of Duty: Vanguard will be out soon, read that to find out what we feel about the game.