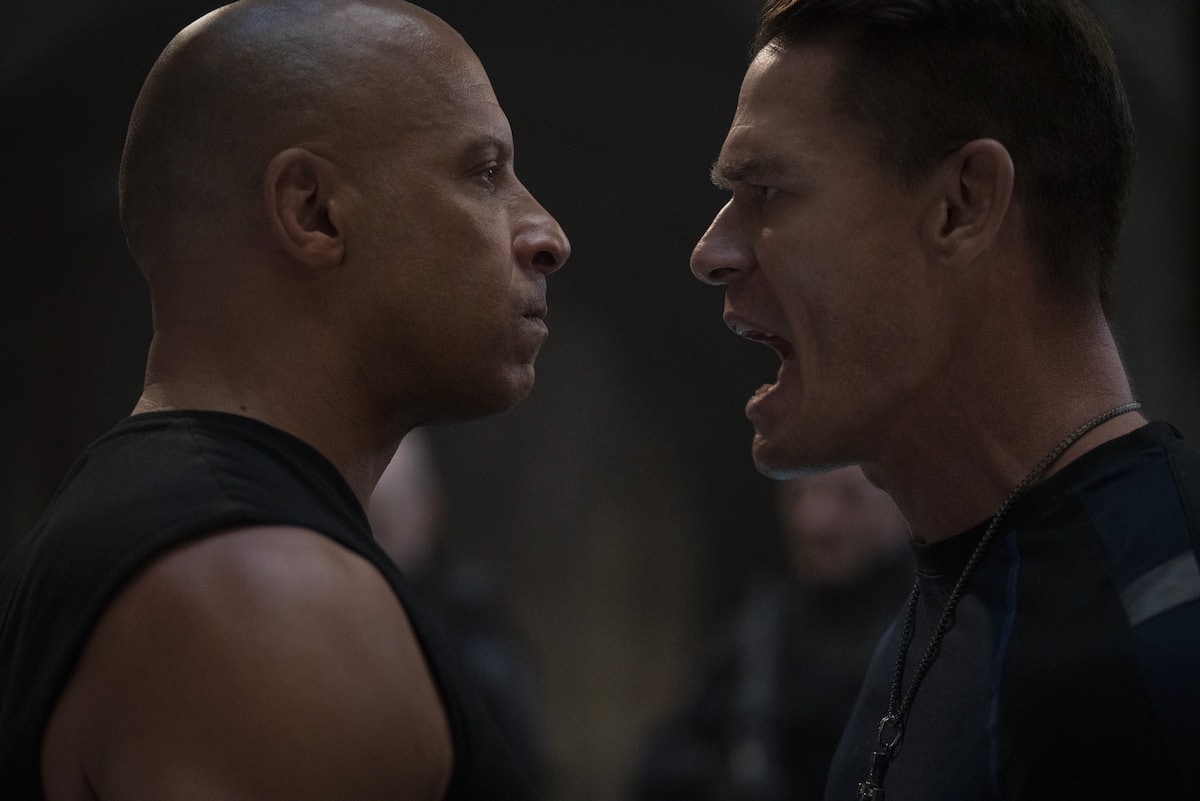 Thirty-five minutes in, Fast & Furious 9 — finally released in Indian cinemas — has its most interesting idea. Tyrese Gibson’s comic-relief Roman Pearce suggests that the Fast crew might be invincible. That’s F9 acknowledging the team’s superhero status that became clear to the audience a few movies ago. This meta discussion almost feels like co-writers Daniel Casey and Justin Lin (who is also the director) are commenting on the criticisms levied against the Fast & Furious series. It also imparts a degree of self-awareness to F9, allowing the new chapter to get in on the big joke that its characters seem to survive anything and everything. Charlize Theron gets in on the act later too, tying a fellow villain’s predicament to film structure. F9 knows it’s a Fast & Furious movie — and that they do not make sense.

This is also the same underlying principle for many of its stunts, including Lin’s new toy: electromagnets. Actually, let me rephrase that, GIANT electromagnets. The 49-year-old Taiwan native and Fast & Furious veteran has always loved an action gimmick — he gave us the unstoppable bank vault in Fast Five, with Vin Diesel and Paul Walker dragging it across the streets of Rio de Janeiro. And Lin has now upgraded his tech on Fast & Furious 9. Those aforementioned superpowered electromagnets are responsible for all sorts of mayhem and unexpected consequences. But that’s not even the craziest part. F9 is the first Fast & Furious movie that takes the Fast family into space. This is not a joke, the trailers were real, they are actually in space. Again, it makes no sense — but it’s not even supposed to anymore.

Fast & Furious 9 is also — by my admittedly poor recollection of the previous eight mainline films — the first entry in The Fast Saga to have extensive flashback scenes. There’s The Fast and the Furious vibes to some of it. There’s even an actual drag race, so nostalgic. We spend time with a young Dom (Vinnie Bennett), his brother Jakob (Finn Cole), their dad Jack (J. D. Pardo), alongside glimpses of Mia (Siena Agudong) and Letty (Azia Dinea Hale). Gal Gadot’s Gisele appears through archival footage. And oh, Han Lue (Sung Kang) is back — in case you missed that whole reveal in the news last year. What I mean to say is that Fast & Furious 9 brings back virtually everyone we know, put together in one film — F9 is essentially a compendium of The Fast Saga. But it’s still incomplete.

From Money Heist to F9, What to Watch in September

“It’s not about being the stronger man Dom. It’s about being the bigger one,” Jack Toretto says to his elder son early in Fast & Furious 9. The line is meant to foreshadow the confrontation between the (older) Toretto brothers, Dom (Vin Diesel) and Jakob (John Cena) that forms the film’s emotional bedrock — but funnily enough, it also works as a lesson for Diesel and Co., who refuse to look weak on-screen and throw a fight, going so far to put it in their contracts. In F9, a tragedy divides the family and the brothers go their own way, until a fateful meeting two decades later in Central America, where Jakob shows up and steals a MacGuffin from under the Fast crew, who were lured there to help Mr. Nobody (Kurt Russell).

That kicks off a crazy globetrotting plot, stretching from Tokyo, London, Edinburgh, Cologne, Tbilisi, Caspian Sea, to space. Wait, is it still globetrotting if you leave the globe? That decision splits Fast & Furious 9 into parallel narratives, as the team pursues separate missions to stop Jakob’s plan. Dom’s wife Letty Ortiz (Michelle Rodriguez) and sister Mia (Jordana Brewster) set off for Tokyo where they discover Han (Kang) is back from the dead, Roman (Gibson) and his buddy Tej Parker (Ludacris) are sent off to Cologne that leads to some Tokyo Drift reunions (for the audience), and Dom roams around Britain on his own for a bit — accompanied by delightful cameos from the returning Helen Mirren and new entrant rapper Cardi B — until the rest of the crew joins him anyway.

Dividing the Fast & Furious ensemble allows F9 to have them play off each other in a more rewarding limited-setting fashion. The Tokyo scenes give us nice character moments between Letty and Mia — they also provide a brief peek at what that rumoured in-the-works female Fast & Furious spin-off might look like. The returning Kang doesn’t have much to do though, and seems to be back for narrative reasons purely. Nathalie Emmanuel’s tech-expert Ramsey, who reveals she can’t actually drive in a film filled with racers, gets to have some funny action moments. As for humorous dialogue, Ludacris actually provides more of the laughs than Gibson — and Charlize Theron’s returning villain Cipher delivers an extended non-family-friendly Star Wars reference that Disney would never approve of.

Unfortunately, the wonderful Theron is largely wasted once more. It’s made all the more awkward because F9 seems to take a shot at how Fast & Furious 8 didn’t use her properly. Does Lin realise he’s doing the same thing? To me, her presence felt like they want us to know she’s still around. Maybe they are “saving” her for the next one: Fast & Furious 10 (or FX, if Diesel shaving his son’s head is meant to be a clue). But F9’s biggest crime is how it deploys Cena. His Jakob Toretto is a self-serious villain and the film treats him seriously too, unlike Fast & Furious 9’s self-aware and fun-laden approach elsewhere. It’s just not the right move. Look to The Suicide Squad and how James Gunn makes better use of Cena, where his character is also self-serious but the movie knows he’s a bit of a joke.

It’s unfortunate — Cena just isn’t good at contorting his face muscles the way other male stars in Diesel, Dwayne Johnson (who’s missing here due to a tiff with Diesel), and Jason Statham (in a cameo at the very end), have honed themselves for over the years. As a result, that really brings down Fast & Furious 9, because Cena is in so much of it. At 130 minutes, F9 is also definitely overlong. I would have loved if Lin truly embraced the film’s meta discussion, in how this ragtag gang of race car drivers turned into superheroes at some point, but maybe that vein will continue in the two-part finale, due in 2023 and 2024, respectively. Speaking of, having brought back everyone, Lin has been talking about bringing back Brian O’Conner (Walker) too, with help from CGI and his brothers. Now that’s going too far.