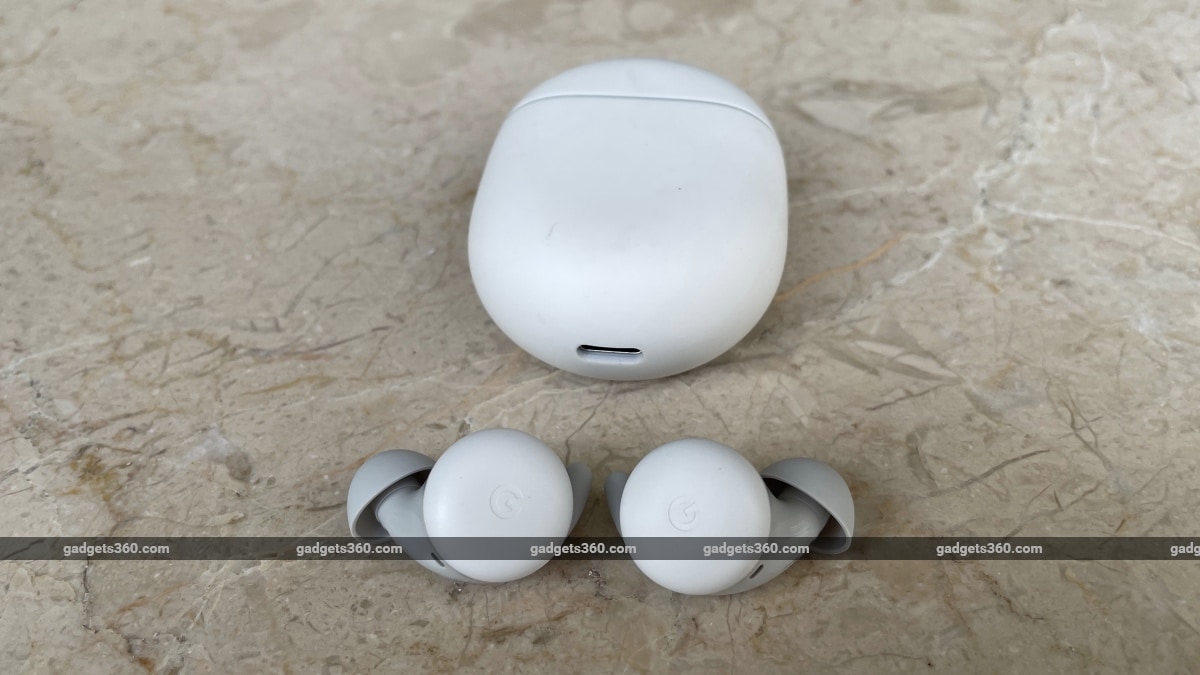 The Apple AirPods weren’t the first true wireless earphones, but they’ve arguably defined the category, and are popular the world over. However, Apple has been clear about one thing from the very beginning: AirPods are made to be used with Apple devices, and specifically need to be connected to an iOS device to unlock their entire feature set. While there are plenty of true wireless headsets that allow similar features and customisation through apps on Android, the platform has been missing a ‘hero’ product in the true wireless segment in India – until now.

The Google Pixel Buds A-Series is the first in the company’s range of true wireless products to officially launch in India, and is priced at Rs. 9,999. In fact, it’s a more affordable version of the Pixel Buds 2, which has not launched here. Although fairly simple in its feature set compared to other options at this price, the Pixel Buds A-Series is designed to work particularly well with Android devices and Google Assistant in particular. Is there enough to this headset to justify the price, or does it fall short of the competition? Find out in this review.

The earpieces have a proper in-canal fit, but are designed to allow some ambient sound to be heard even when music is playing

Although its price might lead many to compare the Google Pixel Buds A-Series to options such as the OnePlus Buds Pro and Oppo Enco X, this isn’t the most accurate representation of where these earphones fit in. Instead, I would consider the earphones to be positioned similar to the AirPods series from Apple, but with a focus on Google’s Android operating system and not just Google Pixel smartphones.

That said, thanks to Bluetooth connectivity, it’s possible to use the Google Pixel Buds A-Series with just about any compatible device, including computers and iOS devices. However, the entire set of features won’t work if you aren’t using an Android smartphone, and you’ll only be able to use the core functionality of the headset – that is, listening to audio, and hands-free communications on the paired device.

Pairing the earphones with an Android device allows for customisable settings through the Pixel Buds app, and lets you use Google Assistant hands-free just as you would with a smart speaker. The pairing process involves linking the earphones to your Google account using Google Fast Pair. This allows you to see an on-screen pop-up on your phone with the battery levels of both the earpieces and the charging case every time you connect.

When it comes to design and styling, the Google Pixel Buds A-Series doesn’t look very different from earlier models in the Pixel Buds range. Both earpieces have an in-canal fit, fixed rubber ear hooks for comfort and hold, and round, plastic outer sides with the Google logo prominently displayed. The area around the Google logos is touch-sensitive, and can be used to control playback, answering and ending calls, and invoking Google Assistant.

I found the earphones comfortable, with decent passive noise isolation. The fit doesn’t block out ambient sound as effectively as most in-canal fitting earphones can, but this seems to be a deliberate choice by Google. The fit allows for enough ambient sound to filter through even if music is playing, letting you use the Pixel Buds A-Series safely outdoors. There’s no active noise cancellation or hear-through mode on these earphones.

The Google Pixel Buds A-Series earpieces are IPX4 rated for water resistance, and use Bluetooth 5 for connectivity with support for the SBC and AAC Bluetooth codecs. The earphones have 12mm dynamic drivers, and sensors for in-ear detection. In India, the Pixel Buds A-Series will be available in just a single colour, Clearly White, though you also get it in the Dark Olive colour in other countries.

Battery life on the Google Pixel Buds A-Series is decent enough for a true wireless headset in this price range. The earpieces ran for around 4 hours, 30 minutes per charge, with the charging case topping them up a little under four times over, for a total of around 22 hours of listening per charge cycle. My use primarily involved listening to music, with a couple of calls per day and occasionally invoking Google Assistant for simple commands. Heavier use of Google Assistant and more time on voice calls will drain the battery a bit quicker.

While most true wireless headsets have their core focus on the music listening experience, the Google Pixel Buds A-Series promises a more all-round usage experience. It’s centred around adding smart connectivity to your earphones, and giving you the experience that smart speakers such as the Google Nest Audio offer. That said, the earphones do sound decent as well, with a reasonably balanced sonic signature that gives a bit of a push to the mids and highs.

Google Assistant on the Pixel Buds A-Series is full-fledged, and indeed works just like on a smart speaker as long as your paired smartphone has a good Internet connection. Hands-free functionality works well, with the earphones suitably receptive to the ‘OK Google’ and ‘Hey Google’ wake words, and able to understand voice commands even in somewhat noisy environments.

Although sound quality is good, the Pixel Buds A-Series lacks features such as active noise cancellation and wireless charging

I was able to adjust device controls including volume and playback, ask for specific tracks to be played, and also receive personalised responses to queries and requests linked to my account. I found it particularly useful to be able to adjust the volume with voice commands, since this can’t be done with the touch controls.

The music listening experience was largely on par with what I’ve heard from the AirPods (second generation) and several options in the sub-Rs. 10,000 price range in terms of quality. The Google Pixel Buds A-Series doesn’t push bass as impressively as the OnePlus Buds Pro, or isn’t as detailed and revealing as the Oppo Enco X, but it strives to provide an all-round experience that covers the typical all-day usage pattern.

Listening to Butterflies by Skrillex, Starrah, and Four Tet, the Google Pixel Buds A-Series offered a clean, detailed sound. The fast beats of this house track didn’t quite feel as tight and attacking as on the OnePlus Buds Pro, but instead had a more gentle and refined feel. Although no advanced Bluetooth codecs are supported, the sound is reasonably detailed, and these earphones were able to keep pace with the track without losing out on any cohesiveness and character.

The mid-range response is particularly good, allowing for vocals and speech to shine through. Watching voice-centric content such as YouTube videos and some movies and TV shows using the earphones was a good experience, with the sound loud, clean, and detailed. This also made for particularly good performance with slow, easy tracks such as I Don’t Trust Myself by John Mayer, giving the vocals a chance to shine without losing out too much on the melodious guitar riffs and beats.

Performance on calls is also very good; I was able to place and receive calls easily using voice commands to Google Assistant, and sound quality was excellent. Moderate volumes at around the 70 percent mark made for a loud, detailed, and rich listening experience.

Objectively, the Google Pixel Buds A-Series is a pretty good headset, provided you have an Android smartphone. You get decent sound quality for music and calls, reasonable battery life, good comfort, and decent voice assistant responsiveness, all of which combine to make the Google Pixel Buds A-Series well suited to all-day use. If you’re looking for seamless connectivity and functionality with Google Assistant, this is a suitable Android-friendly alternative to the AirPods range.

However, at Rs. 9,999, the Google Pixel Buds A-Series doesn’t quite match up to the competition in its segment when it comes to features and sound quality; notably there’s no active noise cancellation or wireless charging – which are now common features on true wireless earphones in this price range. You might therefore want to consider alternatives such as the OnePlus Buds Pro and Oppo Enco X, unless you very specifically want the features and styling that Google offers with the Pixel Buds A-Series.