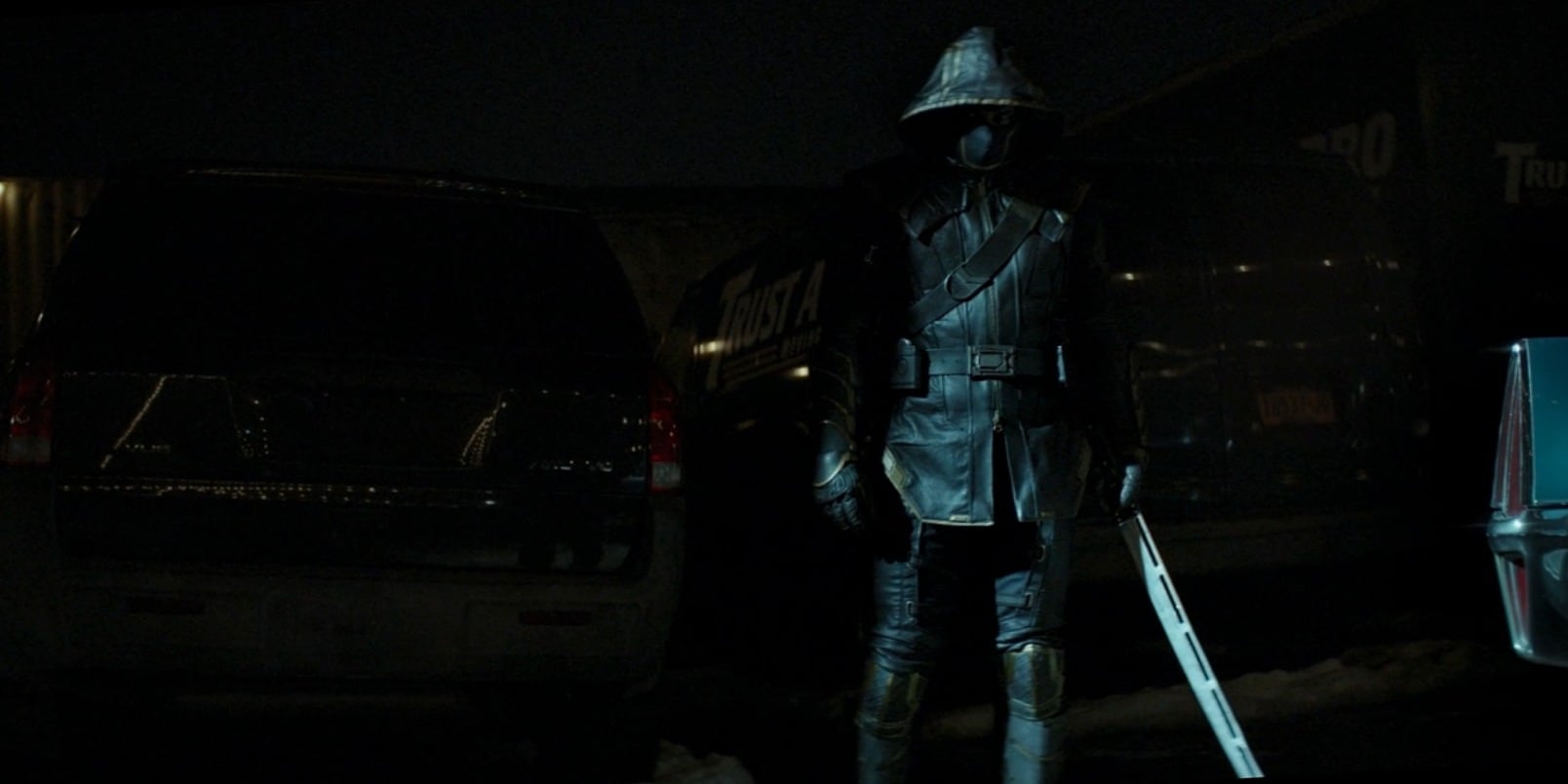 Hawkeye episode 5 is out now on Disney+ and Disney+ Hotstar. If you’re still reeling from the no-holds-barred rooftop fight from last episode, fret not. This episode is all about more revelations, some known, some rumoured, and some, well, King-size. We get a whole lot of Florence Pugh’s Yelena Belova, as she finally faces off with Kate Bishop — albeit not quite in the way you may have imagined. We also see Clint Barton aka Hawkeye (Jeremy Renner), who is forced to don an old suit to take care of a few things. The episode tops off with a big reveal sure to make anyone wait with bated breath for the finale of what has been a light-yet-enjoyable season of Hawkeye.

Let me assure you, Hawkeye episode 5 is full of new promises. The promise of a new Black Widow and a new Hawkeye has been around for long, but this time we see the possibility of a new ally and a brand new MCU villain. However, as it turns out, he may not be entirely new for dedicated fans of Marvel movies and TV shows. Nevertheless, things are looking up for Marvel fans as the penultimate episode of Hawkeye season 1 plays out.

Hawkeye episode 5 — aptly titled “Ronin,” directed by Bert & Bertie and written by Jenna Noel Frazier — starts with the voice of Natasha Romanoff (Scarlett Johansson) as she asks Yelena Belova (Pugh) to de-brainwash all Black Widow agents around the world with the help of a synthetic gas that acts as a “counteragent to clinical subjugation.” Viewers may remember this from the Black Widow movie (Review) from earlier this year. Set in 2018, Hawkeye episode 5 cold open unfolds as Yelena and fellow Widow agent Sonya try to break into the house of yet another Widow, Ana, as they try to use the chemical agent on her. Turns out, she wasn’t brainwashed after all, and she just preferred earning money by taking out assassination targets.

As Ana and Sonya starts chatting about Natasha, Yelena excuses herself and goes into the washroom. Without a word of warning, she blips — something all MCU fans are dreadfully aware of thanks to Thanos’ snap in Avengers: Infinity War. For Yelena, she only turns into dust for less than a second before coming back to life again. However, five years have already passed and she comes out of the washroom to see Ana with her husband and their adopted daughter.

This is the first time we experience the blip from the point-of-view of one of the victims and how the actual occurrence lasted only a moment for someone who blipped. That was an impressive way of showing the massive time jump of five years, without wasting too much time. The scene ends with Yelena asking Ana about Natasha’s whereabouts. If you have seen the post-credits scene of Black Widow, you already know that Yelena is tracking down Clint, thinking he murdered her sister-figure Natasha, as spurred on by Contessa Valentina (Julia Louis-Dreyfus). This brings everything full circle to the rooftop fight Hawkeye episode 4, where Yelena briefly exposes herself to Barton and Kate Bishop (Hailee Steinfeld).

Hawkeye Episode 4 Recap: A Watch, Wife Barton, and an Assassin

The fifth episode then kicks off with a battle-scarred Kate returning home to mother Eleanor (Vera Farmiga). Seeing the miserable state of her daughter, Eleanor asks, “Does Clint think you are a superhero?” Kate is clearly shaken, as she says, “No, I don’t either.” She tells Eleanor that Clint her protected her and asked her to stay away from him, which is exactly what he did in the last episode, thinking a Black Widow agent is after him and Kate should steer away from him for her own safety. Kate tells Eleanor that she and Clint has found a lot of incriminating things about Eleanor’s new partner Jack Duquesne (Tony Dalton), who is also the CEO of the dubious Sloan Limited.

In the next scene, we see a visibly wounded Maya (Alaqua Cox) getting treated by her friend Kazi (Fra Fee). Maya tells Kazi about a masked figure turning up during the rooftop fight, but she doesn’t who that person is.

Next, we see Kate return to her hideout-cum-apartment, where she and Clint had a face-off with the Tracksuits earlier in the seasons. Surprise, Surprise! Yelena was already waiting for Kate in the shadows. However, she didn’t seem keen on killing Kate and was instead preparing a plate of mac-and-cheese quite nonchalantly, treating the encounter as a casual dinner. She explains to an utterly confused Kate that she didn’t wish to kill her on the rooftop. She merely wanted her out of harm’s way.

Yelena says she knows everything about Kate, from her dead father to her university GPA score. Tired of beating around the bush, Kate asks Yelena, “Are you in New York to see Clint Barton?” “No, no,” replies Kate simply, “I’m here to kill him.” She eventually hints that she has been hired by someone to kill Clint, staunchly believing he killed her sister Natasha (yet another jaw-dropping reveal for Kate). “Trail of blood that follows him, you could wrap around the entire world,” Yelena’s hatred towards Clint is quite apparent here.

However, Kate tries to defend Clint. “He is not perfect, nobody is perfect. But, he is good.” She instead asks Yelena maybe she should dig deeper into whoever has asked her to kill Clint in the first place. Looking unconvinced, Yelena then makes a Black Widow-style exit through a window, asking Kate to stay out of her way.

Hawkeye Episode 3 Recap: For Echo and Ronin, It’s All About Family

In the meantime, Clint takes refuge in LARPer Grill’s (Clayton English) apartment, clearly in need for some medical attention himself. Grills informs Clint that his and Kate’s new outfits are ready (as discussed in the last episode), but Clint doesn’t wish to see them just yet, and dozes off on the sofa.

As Kate returns home again, she finds that her mother has taken her advice and Jack was being hauled by the police to investigate some faulty tax records. Jack seems unperturbed, and tells Eleanor that he has been framed, and that he will be “back in a jiffy” for her Christmas party.

At the mid-point of Hawkeye episode 5, we see Clint visit the New York site where the Avengers first assembled, over a decade ago. He stands in front of an Avengers memorial plaque, takes off his earpiece to drown out the noise, and speaks to Natasha. No, Scarlett Johansson doesn’t make an appearance here, as Clint is only talking to her as one may recall a late friend.

Clint guiltily said he runs the moment of her death over and over again. Referring to her sacrifice (as seen on Avengers: Endgame), he says “I do my best every day to earn what you gave me. I miss you.” Then, in a foreshadowing mood, he says, “I’m so sorry for what I’m about to do,” and walks off into the crowd.

Kate, ignoring Clint’s and Yelena’s warnings to “stay away,” tries to get in touch with Clint by calling him up. And continues calling him until the message box fills up. Clint, in the meantime, sends a message to Maya through the Tracksuits: “Maya, meet me tonight where you first met Ronin. Alone.”

Clint also quickly calls up his wife Laura (Linda Cardellini), and updates her on the latest developments. He says, “If I don’t end this tonight, it’s just a matter of time before the big guy gets involved.” What does he plan to do? And is the “big guy” in question here none other than the Kingpin? We don’t know yet.

We cut to Maya waiting for Clint. However, she is not alone as instructed, as Kazi and the Tracksuits are ready to ambush whoever arrives. Clint, donning the Ronin suit, swiftly takes out everyone in a way that would make even Batman proud. We also see a fully costumed Ronin properly in action for the first time since Avengers: Endgame and brief glimpses since then.

After a swift fight between Maya and Ronin, she gets overpowered. This is where Ronin reveals himself to be none other than Clint. He says it was Maya’s boss who arranged for her father’s death in the hands of the Ronin, as Clint was tipped off back then by an informant who worked for Maya’s boss. Not listening any further, an enraged Maya tries to kill Clint, but he is saved in the nick of time by a flying arrow from Kate. Kate helps rescue Clint. Her getaway plan? Uber!

Meanwhile, Kazi comes to check on Maya. Pondering on the new revelations, Maya asks Kazi why wasn’t he present at the meeting where his father was murdered? Kazi acts suspicious. He mumbles he didn’t know there was a meeting at all. Maya didn’t look like she believed him and rode off on her motorbike. Does she believe Clint? Will she team up with Clint and Kate? Fingers crossed!

On her Uber ride back to a safe house (which turns out to be Grill’s apartment), Kate tells Clint that the Black Widow they fought was actually Natasha’s sister Yelena. We cut to the climax: Yelena is seen following Eleanor. She quickly sends a text to Kate, letting her know that she found out who hired her.

“Eleanor Bishop,” the text read. “Thought you deserved to know.”

Yelena then sends a video to Kate, showing her mother interacting with none other than Kingpin himself. From the blurry thumbnail, you can figure out that Kingpin is being played by none other than Vincent D’Onofrio, from Netflix’s now-cancelled show, Daredevil.

Does this mean that Disney is finally bringing in with the so-far-overlooked superheroes from Marvel Comics? Or is this going to be yet another red herring like the return of Quicksilver and the X-Men on WandaVision? We will have to wait to find out in Hawkeye episode 6, releasing next Wednesday, December 22.

And, before you ask, there’s no post-credits scene on Hawkeye episode 5.

Hawkeye episode 5 is now streaming on Disney+ and Disney+ Hotstar. New episodes release every Wednesday around 1:30pm IST/ 12am PT.