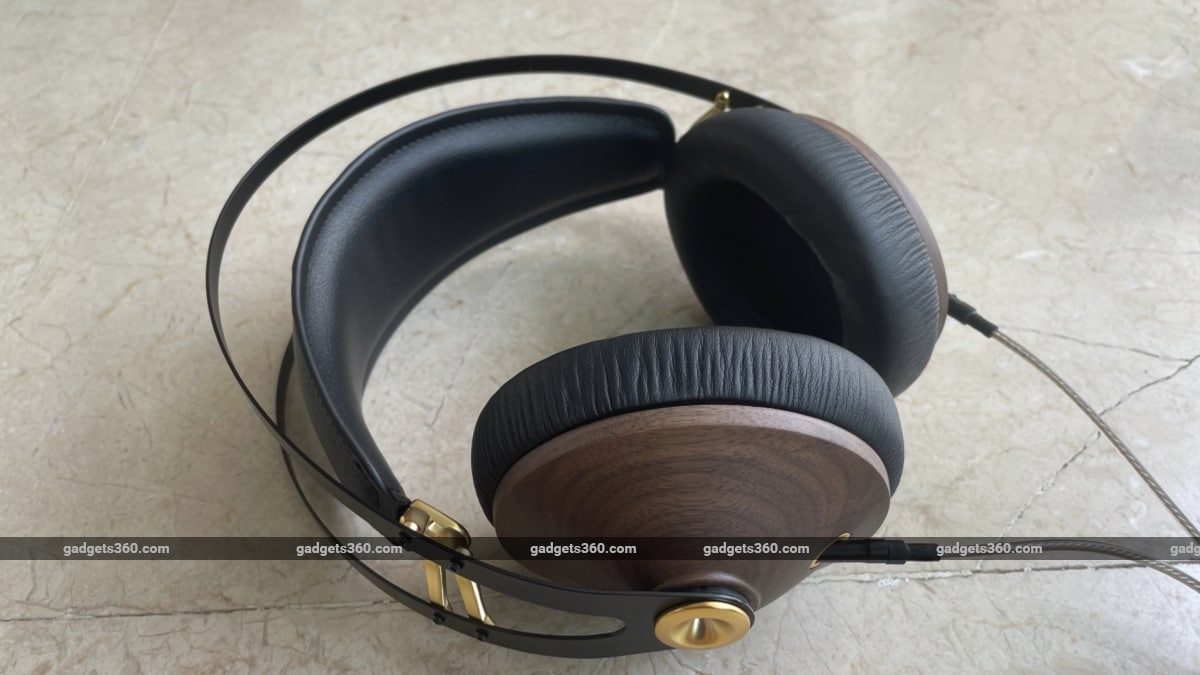 With easy availability of high-resolution audio in India through Apple Music, many users are now choosing to go back to wired headphones or earphones, and some are even investing in high-end options. It’s possible to put together a decent audiophile kit on a budget, but the more you spend, the better the overall experience. Of course, the heart of any audiophile setup is a pair of headphones, and the Meze 99 Classics that I’m reviewing here is highly regarded in its price segment.

Priced at Rs. 24,999, the Meze 99 Classics is a pair of wired over-ear headphones focused on design and sound quality. Everything in the package is undeniably premium, from the wood casings and gold accents to the plush padding and high-quality wiring. Does the Meze 99 Classics live up to expectations when it comes to sound? Find out in this review.

Meze Audio is a headphone manufacturer based in Romania, and was founded in 2011

The Meze 99 Classics is strikingly attractive

Well known among people who follow the high-end audio space keenly, Meze Audio was founded in Romania in 2011, and has quickly grown to become one of the most respected names in the segment. The Meze 99 Classics was the company’s first mainstream product, and is still among its top-selling headsets. A lot of that has to do with its design and specifications.

The over-ear Meze 99 Classics is impressive to look at. It feels solid and well-built, and isn’t too heavy even with wooden driver casings. The frame is metal with gold accents on some components, while the headband is lined with artificial leather and is flexible enough to adjust to the head of the wearer. There is thick padding around the ears, and all of this makes this pair of headphones both look and feel great.

Interestingly, the two sides of this pair of headphones aren’t connected to each other in any way, and operate independently with their own 2.5mm input sockets. Indeed, it doesn’t even matter how you wear these headphones; either side can operate as the left or right channel without affecting fit or comfort.

The sales package includes a hard carry case, a 1.2m cable with an in-line microphone, a 3m cable without a microphone, a 6.3mm adapter, an airline adapter, and a small pouch for the extra cables that fits within the carry case. Aftermarket cables are also available, such as the 2.5mm balanced upgrade cable that I used for much of my review.

The Meze 99 Classics has 40mm dynamic drivers, and a frequency response range of 15-25,000Hz. The impedance is 32 Ohms, and so it can be driven easily enough by even a smartphone or laptop without the need for an amplifier. As mentioned, you can use the Meze 99 Classics for voice calls if you use the 1.2m cable that comes with it, but this is primarily an audiophile-grade headset that is meant for music, above all else.

Straightforward approach to sound on the Meze 99 Classics

With the mainstream segment for audio having almost entirely moved to Bluetooth connectivity, products such as the Meze 99 Classics are a lot less common than they were just a few years ago. However, you’ll find that wired headphones deliver a far better sonic experience than wireless ones, and the Meze 99 Classics is one of those that prioritises sound quality over all else.

I used the Meze 99 Classics with my MacBook Air and a Shanling UA2 digital-analogue converter to bridge the connection. For music, I relied entirely on my Apple Music playlist, listening to various tracks in resolutions ranging from 16-bit/ 44.1kHz to 24-bit/ 96kHz. Across genres and resolutions, the Meze headphones delivered a consistently clean and detailed listening experience every time.

Starting with Subways by The Avalanches, I had to turn the volume down a fair bit on my setup because of how loud the headphones can get. Even at around the 40 percent volume mark, I found the listening experience to be engaging and cohesive. The sonic signature was natural, yet far from the flat sound that many audiophiles seek in headphones; instead, the Meze 99 Classics made for a fun sound that seemed to intuitively adapt to the track and genre.

The wood-grain finish on the Meze 99 Classics looks beautiful, and the sound quality is pretty good too

There was a gentle thump to this sample-based track, and the headphones also drew out a lot of detail and quickly adjusted to its rapidly changing nature. Although detailed, the Meze 99 Classics weren’t as revealing as I’d have liked; the separation and flow seemed to be missing a bit of oomph. Some of this seemed to be lost in the warmth of the sonic signature, so these headphones definitely seem to be sacrificing some nuance in favour of a more pleasing and enjoyable sonic signature.

With Kamasi Washington’s Truth, a 13-minute jazz ‘saga’ of sorts, the Meze 99 Classics were much more in their element, serving up detail and cohesiveness in good measure when not held back by the pace of the track. The gentle, soothing nature of the track gelled well with the 99 Classics, giving me plenty of opportunity to listen to the finer aspects in the instruments and vocals.

This suggests that the Meze 99 Classics’ biggest weakness is pace, and it tends to give up detail in favour of maintaining the feel and warmth that form the core of its experience, when confronted with fast-paced tracks. However, that feel and warmth always retained a gentle and composed character; the Meze 99 Classics never felt too aggressive or exuberant, instead keeping the tone of the sound calm and coherent.

While I did try out the microphone cable for a few calls using my laptop and WhatsApp, and the experience wasn’t terrible, I’d recommend avoiding this. The Meze 99 Classics is a music-focused headset that performs well in terms of its core listening experience, and I generally preferred using a wireless headset when taking phone calls.

Although the premium wired headphones segment sees far fewer launches in this new age of widespread wireless connectivity, options such as the Meze 99 Classics keep its spirit alive and well. This is an absolutely beautiful and well-made pair of headphones, and it sounds pretty good too, even if it doesn’t quite fit the audiophile bill. The sound is fun, detailed, and reasonably lively, working well with high-resolution audio and a good personal audio setup.

With everything you need to get started in the box itself, the Meze 99 Classics is an easy-going, fun pair of premium headphones with a warm and enjoyable sound. Although picky listeners might find the pace a bit too laid-back, and its inability to capture the finer elements in tracks is a bit disappointing, this is still among the most entertaining headphones I’ve used of late. It’s luxurious in every way, and I love it.