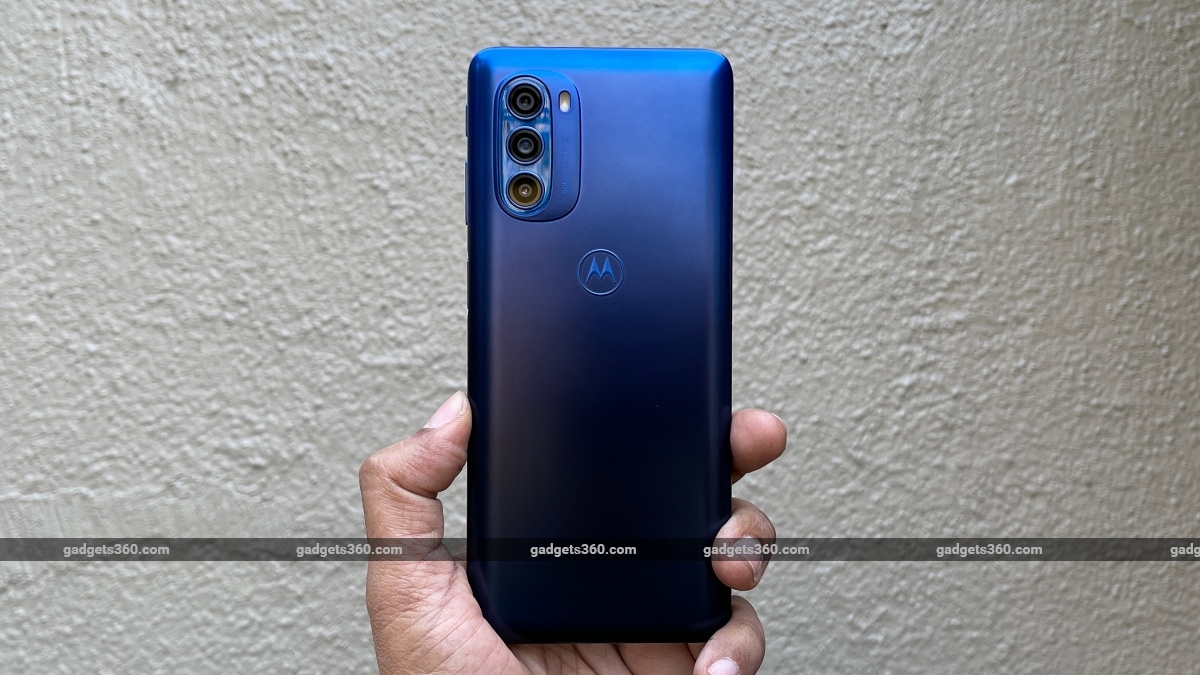 It’s the end of 2021. 5G networks in the country have yet to go live, but we do have plenty of 5G smartphones in the budget segment that even offer dual-5G standby. Motorola might appear to have arrived quite late to the budget 5G party, but it did launch a smartphone back in 2020 called the Moto G 5G. Almost a year later, the company is now back with another budget 5G smartphone for its G-Series, and it is called the Moto G51.

The Moto G51 debuts the new Qualcomm Snapdragon 480+ processor in India, which has a slightly higher clock speed compared to the Snapdragon 480. This phone is only available with 4GB of RAM and 64GB of internal storage, and is priced at Rs. 14,999 in India. Communications standards include support for several 5G brands, Wi-Fi ac, Bluetooth 5.1, NFC, and the usual satellite navigation systems.

The Motorola Moto G51 has a 6.8-inch full-HD+ display with a thick chin at the bottom

The Moto G51 does look like the recently launched Moto G31 (Review), especially around the camera module, but has flatter sides. It also feels quite chunky at 208 grams. The unibody is IP52-rated and is made of polycarbonate. All the buttons are on the right side, including a Google Assistant key, volume buttons, and the power/unlock button which has a built-in fingerprint reader. There’s a 3.5 mm headphone jack at the bottom alongside the Type-C USB 2.0 port, primary mic, and speaker. The Moto G51 has a hybrid dual-SIM setup which accepts microSD cards (up to 512GB) for storage expansion.

The Motorola Moto G51 has a dedicated Google Assistant key

There’s a 6.8-inch full-HD+ LCD panel with a 120Hz screen refresh rate. Motorola also claims a 240Hz touch sampling rate, which gamers will find useful. You can charge the 5,000mAh battery using the bundled 20W charger. The Moto G51 offers a near-stock version of Android 11 with the usual Moto customisations, which include Moto Gestures. There are three rear-facing cameras: a 50-megapixel primary camera, an 8-megapixel ultra-wide-angle camera, and a 2-megapixel macro shooter. Selfies are handled by a 13-megapixel front-facing camera.

The strongest selling points of Motorola’s recent phones are their near-stock Android software and IP ratings. The Moto G51 builds on this and offers the new Snapdragon 480+ processor, a 120Hz refresh-rate display, and 5G, which seems good enough for a budget 5G contender. Its Rs. 14,999 price tag also seems quite competitive. So how does Motorola stack up against existing budget 5G players including Redmi and Realme? Stay tuned for my detailed review.