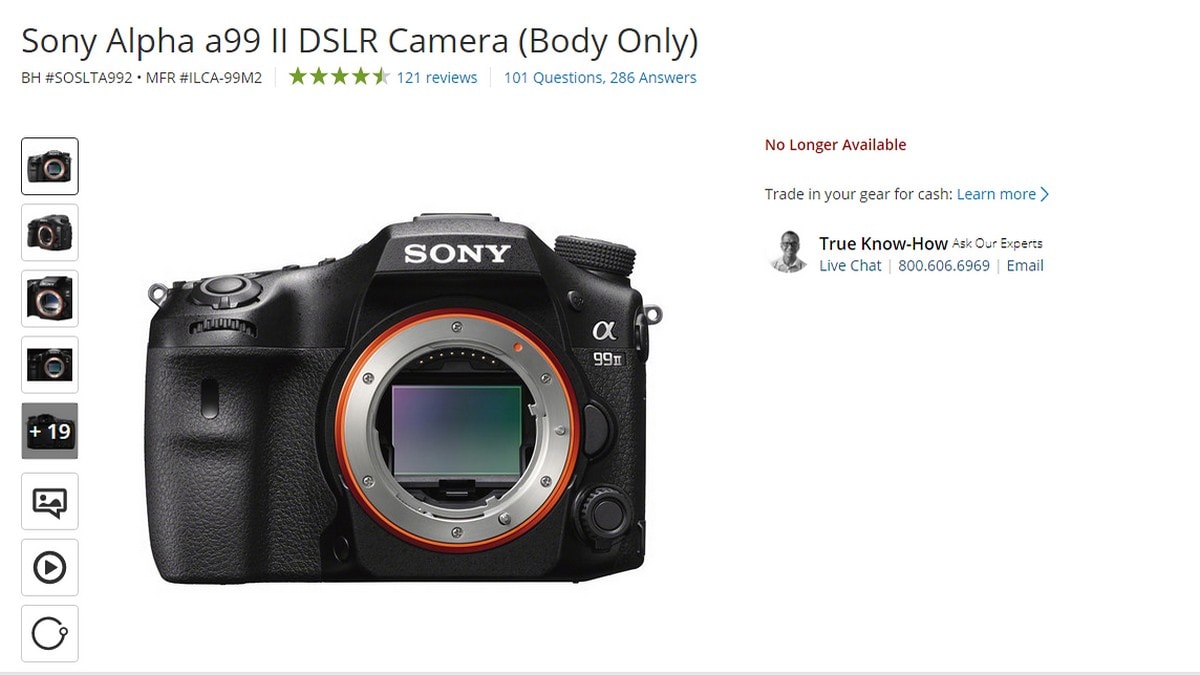 Sony seems to have discontinued its A-mount DSLR cameras and is focusing on mirrorless cameras, going by the listings on its own website and a leading photography e-commerce website. Sony launched its last A-mount DSLR camera – the A99 Mark II – back in 2016 which has now been removed from the official website. Along with the A99 Mark II, the Sony A68 and A77 Mark II have also been removed, but no announcements have been made about this so far.

Sony is among the top players when it comes to mirrorless or A-mount DSLR cameras. Having launched the flagship Sony A99 Mark II DSLR camera in 2016, it seems to have taken a backseat since then, but has added several new mirrorless cameras to its portfolio. Sony Alpha Rumours was first to notice that the company no longer lists the Sony A99 Mark II, Sony A77 Mark II, or the Sony A68 on its website. Furthermore, the three DSLR camera models are listed as “No Longer Available” on B&H Photo Video website.

Sony has not officially announced if it has discontinued making DSLR cameras yet and we have reached out to the company for a statement, and will update the article on getting a response.

Sony has been focusing on its mirrorless cameras having launched the Sony Alpha 1 globally in January this year. It comes with up to 8K video recording capability, a 50.1-megapixel stacked sensor, and an upgraded Bionz XR image processor. It is priced at Rs. 5,59,990 in India for the camera body. We recently reviewed Sony’s slimmest and lightest full-frame mirrorless camera, the Sony A7C, and found that it offers pretty much the same features as the A7 III, but with improved autofocus and a rotating display, all in a more compact body.