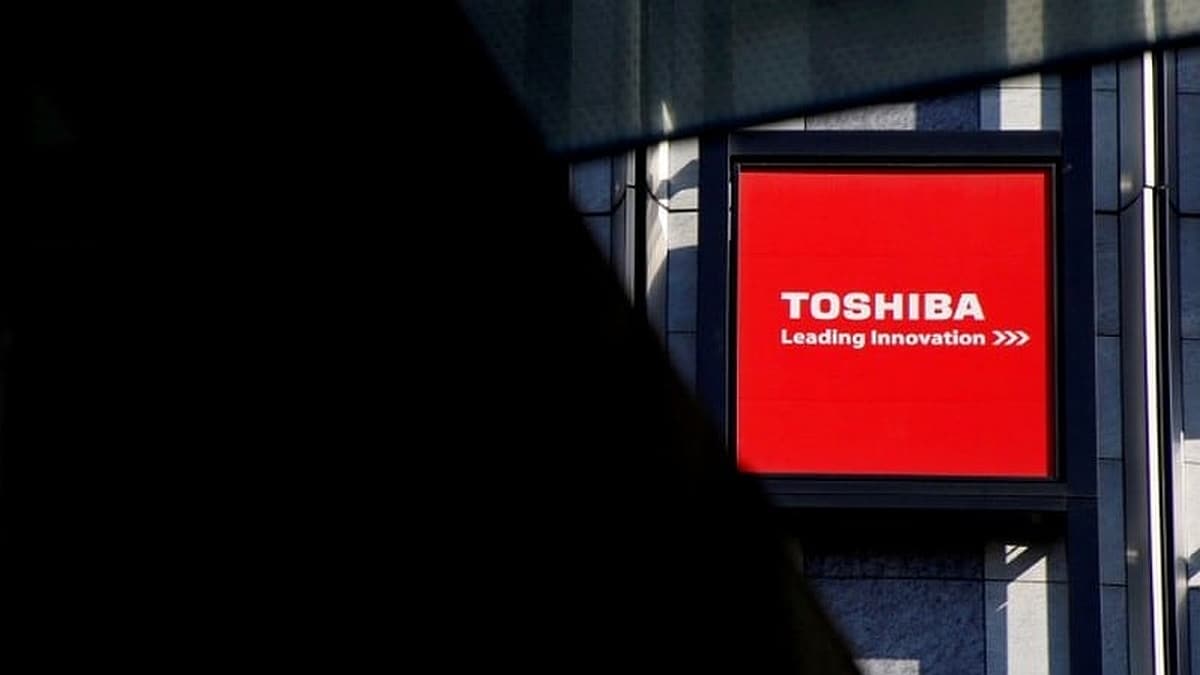 Japan’s Toshiba outlined plans on Friday to split into three independent companies, seeking to appease activist shareholders calling for a radical overhaul after years of scandal.

The move echoes a shift by fellow industrial conglomerate General Electric and will see Toshiba spin off core businesses — its energy and infrastructure divisions will be housed in one company while its device and storage businesses will form the backbone of another.

The third will manage Toshiba’s stake in flash-memory chip company Kioxia and other assets.

The plan — borne of a five-month strategic review undertaken after a highly damaging corporate governance scandal — is partly aimed at encouraging activist shareholders to exit, sources with knowledge of the matter have said.

The overhaul was announced after markets closed in Japan. The company’s Frankfurt-listed shares fell 4 percent at the open on Friday highlighting investor disappointment with the plan.

A break-up would run counter to calls by some shareholders for Toshiba to be taken private. Its strategic review committee said, however, that option had raised concerns internally about its impact on business and the retention of staff.

Private equity firms had also conveyed concerns about completing a deal due to possible conflict with Japan’s national security law and potential opposition from anti-trust regulators, it added.

“After much discussion, we reached the conclusion that this strategic reorganisation was the best option,” Chief Executive Satoshi Tsunakawa told a news conference.

He added that Toshiba, which hopes to complete the overhaul in two years, would have chosen the option to split regardless of the presence of activist shareholders and that Japan’s powerful trade ministry had not voiced any objections to the plan.

A portfolio manager at an activist fund with shares in Toshiba said the plan was disappointing and unlikely to be voted through at the extraordinary general meeting (EGM) the Japanese company plans to hold by next March.

“The activists have two options now – you can sell and go away and come back in two years time or you can buy more shares and fight this thing at the EGM. I’m going to go and think about what to do,” said the portfolio manager who declined to be identified.

As part of the overhaul, Toshiba aims to return around JPY 100 billion (roughly Rs. 6,530 crore) to shareholders over the next two financial years.

It also said it intended to “monetize” its shares in Kioxia, returning the net proceeds in full to shareholders as soon as practicable. But it did not elaborate on whether that meant it was still keen on an IPO or would be considering other options.

Other assets that will continue to be held by Toshiba include its stake in Toshiba Tec Corp, a maker of printing and retail information systems.

Some Toshiba investors are not convinced that a break-up would create value, shareholder sources said ahead of a formal announcement of the plan.

“It makes sense to split if the valuation of a highly competitive business is hindered by other businesses,” said Fumio Matsumoto, chief strategist at Okasan Securities.

“But if there isn’t such a business, the break-up just creates three lacklustre midsize companies.”

The once-storied 146-year old conglomerate has lurched from crisis to crisis since an accounting scandal in 2015. Two years later, it secured a $5.4 billion (roughly Rs. 40,190 crore) cash injection from 30-plus overseas investors that helped avoid a delisting but brought in activist shareholders including Elliott Management, Third Point and Farallon.

Tension between Toshiba management and overseas shareholders has dominated headlines since then and in June, an explosive shareholder-commissioned investigation concluded that Toshiba colluded with Japan’s trade ministry to block investors from gaining influence at last year’s shareholders meeting.

Earlier on Friday, Toshiba released a separately commissioned report that found executives including its former CEO had behaved unethically but not illegally.

It concluded that Toshiba was overly dependent on the trade ministry, adding that problems were also caused by its “excessive cautiousness towards foreign investment funds” and “its lack of willingness to develop a sound relationship with them.”