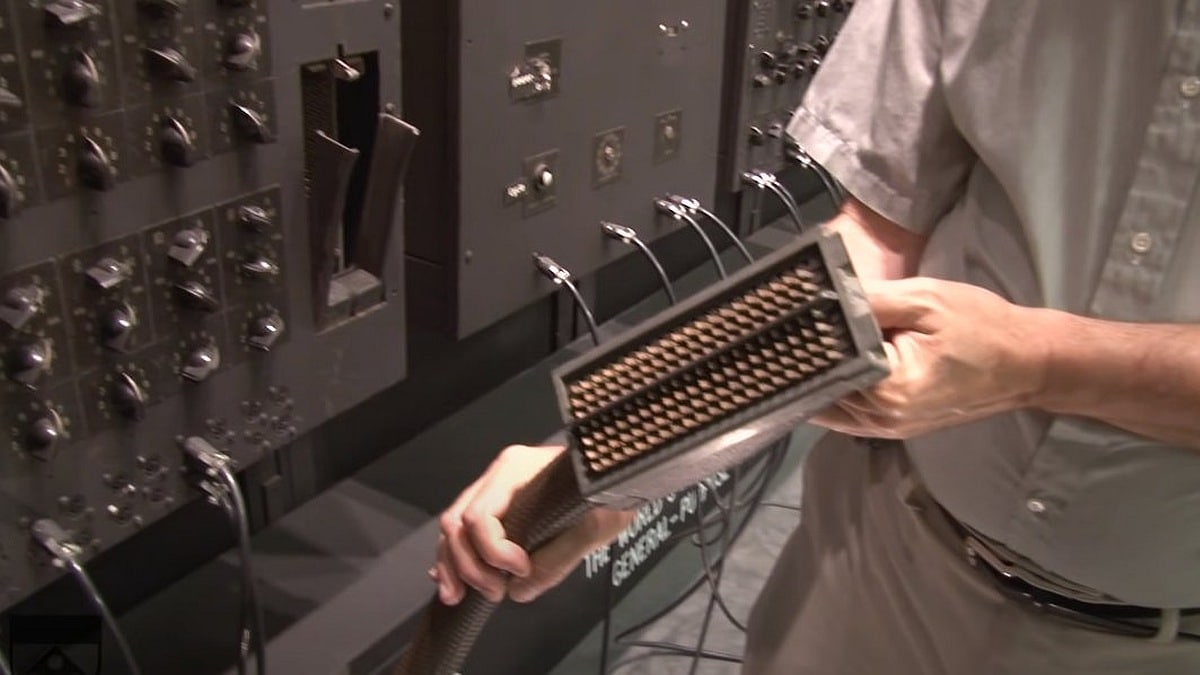 During World War II, the US Army had to calculate complex ballistic tables and unpack wartime codes. They needed an all-electronic calculating machine to do the job at electronic speed. In 1942, physicist John Mauchly proposed a machine on these lines and they built the Electronic Numerical Integrator And Computer, or the ENIAC, over the next three years. Over 75 years later a GIF of a man putting a “data cable” of the ENIAC is doing the rounds on the Internet. And a Twitter handle dedicated to vintage computers decided to weigh in.

Known as Tube Time, the Twitter account explained what this large-scale computer meant and how it worked. “So this GIF has been making the rounds, with the unhelpful title of ‘data cable on a computer from 1945′. But what computer? What sort of data? Let’s find out,” it said.

so this gif has been making the rounds, with the unhelpful title of “data cable on a computer from 1945”. but what computer? what sort of data? let’s find out.????https://t.co/696zwaMQ4s

The GIF has been taken out of this video by the University of Pennsylvania, which is sort of an introduction to the world’s first computer. The university says ENIAC stored information in the form of electrons trapped in vacuum tubes, making it the first all-electronic, general-purpose digital computer. It was advanced from earlier mechanical computers in the sense that the old ones were essentially gear-driven abacuses.

But how was this monstrous machine operated? Tube Time offered some insights and resource material, including the operating manual.

but where to start? it turns out we still have the operating manual for the ENIAC! pic.twitter.com/K4ngqvhld5

At first, the operators could not program the ENIAC, at least not in the modern sense. What they did was wire the modules together like it was a room-sized modular synthesiser. The computer was more like an FPGA, which requires the integrated circuits to be configured at the site by a field-programmer, than a CPU. Since this computer was spread over a large area, this is how the floor plan looked like.

chip designers like to talk about “floor planning” but this is the floor plan of the first programmable electronic computer. pic.twitter.com/ASivQA97Rj

Coming back to the GIF, which showed a man plugging in a large “data cable” into a panel. Tube Time said it appeared to be the “function table front panel no. 1” marked on the floor plan and the connector is marked “I.B.M. Plug (To Portable Function Table)”.

so what’s the portable function table? it’s this wheeled monstrosity! you can see the two large cables poking out the side. these plug into two function table front panels. pic.twitter.com/wCVBMxbWc0

ENIAC had three portable function tables. “You could unplug them from a panel and hang up the connector, sort of like a gas pump, and then wheel the whole contraption over to a different front panel, depending on how you were configuring the machine,” said Tube Time. The function table received decimal pulses from the computer, used a counter circuit to select a particular row of knobs, and spit the value of that row back out to the computer.

in the late 1940s, folks figured out a way to configure the machine so that you could store instructions in the function table. to change the program, you’d just go and tweak the knobs, and you never really had to bother with rewiring the machine for a particular task.

If you want to read the whole operating manual yourself, here it is.

After its launch, scientists believe, ENIAC may have performed more calculations in a decade than all mankind had done up to that point.