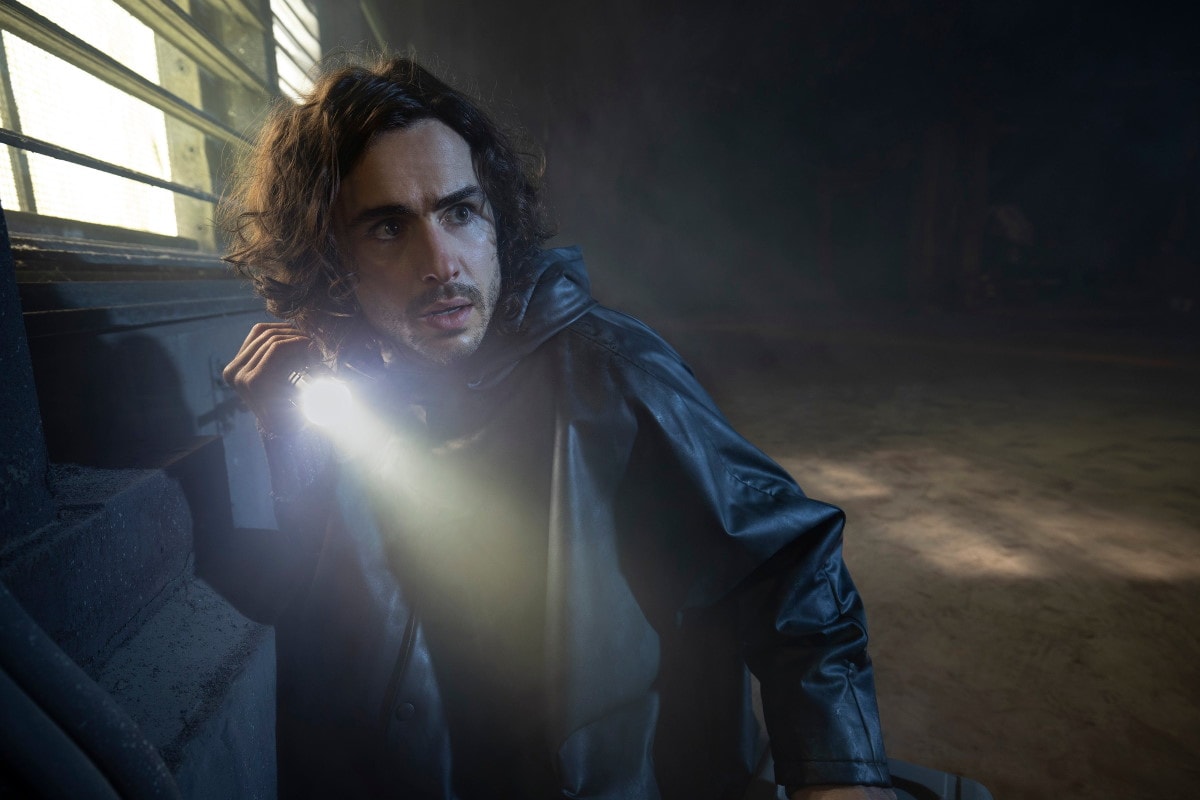 Y: The Last Man — premiering Tuesday on Disney+ Hotstar in India, and also available FX on Hulu in the US — has had such a long and troubled road to the screen that it’s impossible to discuss the comic book adaptation without contemporary comparisons. In it, half the world’s population just drops dead all of a sudden without explanation. It’s like HBO’s critical darling The Leftovers but on a much, much bigger scale, akin to the five years between Avengers: Infinity War and Avengers: Endgame. Tonally and narratively though, Y: The Last Man more closely resembles fellow post-apocalyptic adaptation The Walking Dead — in fact, the latter comic series began a year after Y: The Last Man, but that show is now in its eleventh and final season. It’s possible that the showrunners of Y: The Last Man are hoping for a similar reception.

Unfortunately, that’s the wrong call. Y: The Last Man the comic, created by Brian K. Vaughan and Pia Guerra, was never short on humour despite its depressing circumstances. Heck, its protagonist has a pet monkey. And though Vaughan and Guerra serve as executive producers on Y: The Last Man the series, that tone is missing for the most part, save some inklings in the sixth episode. Like all critics, I’ve seen six of 10 episodes from season 1, so I can’t say how it will finally turn out, but for more than half the season, things don’t look promising. Eliza Clark (Animal Kingdom), who developed Y: The Last Man and served as showrunner, instead opts for an unceasing dourness and self-serious nature that defines so much of American prestige television these days. It’s so generic and disappointing especially when the source provided another approach.

And in line with its Walking Dead inspirations, I can already feel that Y: The Last Man is trying to settle in for the long haul. Clark has already spoken about a potential five or six season run. But I’m not sure Y: The Last Man is doing enough right now to warrant that kind of investment from audiences. If only it could’ve heeded its own lesson. Early on, when a character wonders what they are doing to fix the future, the retort comes: “We’re just trying to survive the present.”

That said, Y: The Last Man does improve upon the comic in one crucial aspect. I forgot to mention that the series’ world-halving apocalypse isn’t randomised like Infinity War. Instead, it targets anyone with a Y chromosome, save for one cisgender man and his monkey. “Not everyone with a Y chromosome is a man,” a geneticist says deep into the show, and Y: The Last Man really wants to emphasise that. Because trans men don’t have a Y chromosome, they are still around. Though the comic hinted at this facet, it — being a product of early 2000s — never really explored it. The series goes much further, with a trans man part of the main cast. It’s really inclusive in that aspect, which in turn allows Y: The Last Man to explore gender discrimination in ways the comic never did.

Y: The Last Man opens pre-apocalypse, introducing us to its ensemble of characters before their lives are changed forever. The to-be only male survivor and amateur escape artist Yorick Brown (Ben Schnetzer, from 2014’s Pride) is an all-out loser, essentially. His name itself is a joke (named by his father for the dead clown in Hamlet) on top of being a pun (Y chromosome). Though he’s perpetually broke partly due to his ideals, he wants to marry his girlfriend even as he can’t even afford cheese and wine for the proposal dinner — as his paramedic sister Hero Brown (Olivia Thirlby, from Juno and Goliath), with whom Yorick shares a love-hate relationship and who’s going through her addiction and adultery issues, tells him. And oh, Yorick’s parents are still paying his rent.

Speaking of his parents, Yorick and Hero’s mother is Congresswoman Jennifer Brown (the always-great Diane Lane) who — a bit like Kiefer Sutherland’s Designated Survivor character — ascends to the highest office in America after the calamity takes out everyone (here, all men) ahead of her in the line of succession. As President, now operating out of the Pentagon after the White House was stormed, Jennifer must contend with the dead President’s right-wing pundit daughter Kimberly Cunningham (Amber Tamblyn, from Joan of Arcadia) — think of her like Ivanka Trump meets Serena Joy from The Handmaid’s Tale — and her presumed-dead challenger Regina Oliver (Jennifer Wigmore, from Malory Towers), an anti-immigrant, anti-government, anti-vaxxer fringe lunatic as she’s described.

Conveniently for Y: The Last Man, the only surviving male human (and now the most valuable piece of asset in the entire world) is the new US President’s son. This isn’t an outcome of its origins, as Vaughan only elevated Jennifer from Congresswoman to Secretary of the Interior. Though inconveniently for President Jennifer here, it sounds like a conspiracy theory — 4 billion men died, and the only survivor is the President’s son? — that also ties into the series’ politics.

In between all this, Y: The Last Man has a specialist Agent 355 (Ashley Romans, from Shameless) who operates off the books to eliminate domestic threats. As someone who reports directly to the President, Jennifer instructs her to take Yorick to an eccentric geneticist Dr. Allison Mann (Diana Bang, from The Interview) who they believe can figure out why Yorick and his pet monkey Ampersand are the only Y-chromosome survivors in the whole world. Yes, the mysterious plague not only killed half the human population, but also half of Earth’s biodiversity too. I’m surprised this doesn’t cause some sort of immediate collapse for the environmental pyramid, though I’ll leave that bit of Y: The Last Man critique to more learned brains than mine.

After the initial setup (that takes several hourlong episodes), Y: The Last Man splits into threads: Yorick, 355, and Allison on a road-trip; Jennifer navigating American politics; and Hero with her trans best friend Sam (Elliot Fletcher, from Faking It) in a survivalist cult that also includes the late President’s terrified press advisor Nora Brady (Marin Ireland, from Hell or High Water) and her young daughter. Clark and her Y: The Last Man writing team make some big changes early on, putting its protagonist Yorick on the back burner as they focus on the female characters (good). The series’ billing clarifies that, given Lane is named first and Schnetzer is down the order. But weirdly, Thirlby randomly disappears from one episode, just when it felt like we were getting to know her better.

And after all, it’s the performances that power so much of Y: The Last Man. Lane is deservedly top billed, because she brings a cool and calm demeanour to the show, someone who looks very much to be in charge. But she also brings a vulnerability to the character — her fears, as a mother and as a person out of her depth, are relatable. Romans is the series’ most charismatic performer, who constructs an at-times charming buddy cop bickering routine with Schnetzer, whose Yorick seems to be less interested in his survival than 355. Bang’s geneticist Allison could add to that it seems, but I only met her in episode 6, the last made available to us critics. Schnetzer’s self-centred lack-of-drive Yorick is supposed to be annoying, and kudos to him that he largely excels in that department.

But Y: The Last Man, as a whole, doesn’t ever come together. And that’s a let-down given the potential. Due to its setup, the series can pose some big structural questions: chiefly, how does the functioning of a society — designed by men and built for men — differ when women are suddenly put in charge? Disappointingly, Y: The Last Man seems to have a very limited view of what that scenario looks like. It ends up looking like any other apocalyptic show, which ought to be a crime given its uniqueness.

Much of its politics, for instance, is merely holding a mirror to the America of today. Virtually every episode has dialogues or scenes about Americans’ stark political differences. There’s a lot of commentary on the far-right and alt-right fringes that were emboldened and brought into the mainstream by the Trump administration — and though we might be (temporarily) out of it, Y: The Last Man is very much a show set in US under Trump. Essentially, it’s rooted very much in the hellscape that is current US politics. It seems to be saying, everything has changed yet nothing has changed. Maybe there’s some comfort in the fact that things wouldn’t change much just by wiping out half the population and those of one chromosomal variety. Or maybe it’s a lack of imagination.

Its biggest darkest joke though is that it took a global apocalypse that essentially killed all biological males for the US to get its first female President.

Half The Walking Dead, half Designated Survivor, Y: The Last Man feels like it’s offering variants of what we’ve seen elsewhere — and unfortunately, a pale imitation of the post-apocalyptic genre’s greats. It not only squanders what gave life to its source material, but also its USP. It’s strange how Y: The Last Man mostly treats its all-men-are-gone premise like an afterthought, not too bothered in dissecting the very thing that sets it apart. It’s certainly not awful (the production is sturdy in all aspects) but it’s not good either. Y: The Last Man is doomed by the fact that it plays it safe. It fails because it’s unwilling to take risks and swing for the fences. Y: The Last Man the comic might have been fresh in its heyday, but Y: The Last Man the series has nothing ground-breaking to offer.

Maybe some of this is due to its time in development hell. Originally conceptualised as a movie with Shia LaBeouf in the lead, Y: The Last Man transitioned into a FX series six years ago. Michael Green (Logan) developed it for a few years before Aida Mashaka Croal (Luke Cage) joined him as showrunner in 2018, but then both departed the following year citing creative differences. That led to wholesale changes, with several actors exiting the series due to scheduling conflicts, including Barry Keoghan (Yorick), Imogen Poots (Hero), and Lashana Lynch (355). It’s impossible to say what Y: The Last Man lost or gained from that upheaval, but what’s clear is that this vanilla offering of a post-apocalyptic nightmare is no doubt arriving a decade too late.

Y: The Last Man released September 13 on FX on Hulu. It’s available September 14 on Disney+ Hotstar. Three episodes upon premiere, with one each week thereafter.